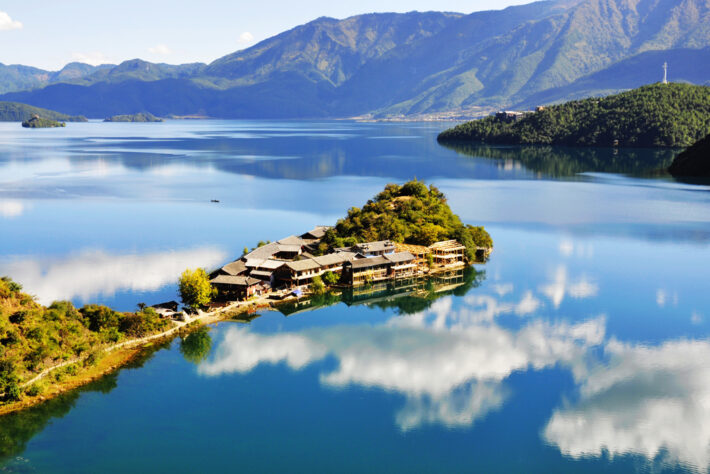 This trip experiences the treasures of this fascinating region. Hiking scenic beauty of mountain areas to local minority groups which still retain their traditional clothes, cuisine and culture – and their warm hospitality.

Enjoy browsing our trips to China, or click the button below to go to our extended site search.

There are few places on earth that offer the diverse culture and history of China.  With its historical and artistic cultural traditions. China is home to some of the world’s most famous tourist attractions and cities. As China is such a vast country out trips focus on the mountainous areas in the Southern provinces of China which have been largely inaccessible to outside travellers until relatively recently, making this Pioneer trip one of the most exclusive adventures you can be offered. On this trip we have the opportunity to see and experience some treasures of this fascinating region – from hiking the scenic mountain areas (as high as the Alps in Europe), to local communities which still retain their traditional clothes, cuisine and culture. You will be able to visit ancient monuments, magnificent temples – including the largest stone Buddha known to the world. Of course, no trip to this region would be complete without getting close to the Giant Pandas, a species that can’t be experienced in any other country.

Located in Southeast Asia along the coastline of the Pacific Ocean, China is the world’s third largest country, after Russia and Canada. With an area of 9.6 million square km and a coastline of 18,000 km, it is shaped like a rooster. It spans about 50 degrees of latitude and 62 degrees of longitude and is bordered by 14 countries with an additional five marine-side neighbours. Such a vast country spans many geographical areas including plateaux, plains, basins, foothills, and mountains. The rugged plateaux, foothills and mountains together occupy nearly two-thirds of the land, higher in the West and lower in the East like a three-step ladder.

One of China’s greatest treasures is her long, rich history. The first dynasty, Xia, dates to about the 21st century BC. For 4,000 years, feudalism was the dominant economic and cultural model. This ended in 1911 with the revolution led by Sun Yat-sen. On October 1st, 1949, the PRC was founded. Since then, it has developed independently and vigorously. Whilst often remembered overseas for the Cultural Revolution, this ended in 1976 and more recently, reform and an opening-up policy has energized and enriched the country. For a country this size, the security, especially for foreigners, is extremely good and, whilst normal precautions should be taken, incidents against foreigners are not common.

Whilst Chinese outbound tourists have attracted the world’s attention (in 2014 there were 114 million overseas trips), inbound tourism is still relatively undeveloped. In the first half of 2015, 12.3636 million foreigners visited China, of which only 9.6979 million stayed at least one night. About 1/3 of these were tourists. Nearly 2/3 were from Asia, the largest proportion coming from Korea. In a country with a GDP of over $10.3 trillion in 2014 – over 70% the size of the Eurozone – and a population over 1.3 billion, the tourism sector is small, representing less than 0.5% of the economy, which is dominated by mining, manufacturing, construction and power.

The official spoken standard in the PRC is Putonghua. Its pronunciation is based on the Beijing dialect of Mandarin. Over 90% of the population is Han Chinese, the remainder from minority groups. Over 70% of the Han are native speakers of the Mandarin group of dialects spoken in the North and Southwestern. The rest, concentrated in South and Southeast China, speak one of the six other major Chinese dialects. In addition to their own local dialect, nearly all Chinese also speak Standard Mandarin (Putonghua), which is the language of instruction in all schools and is used for formal and official purposes. Non-Chinese languages are spoken widely by ethnic minorities. For written Chinese, the PRC officially uses simplified Chinese characters in mainland China, while traditional Chinese characters are used in Hong Kong and Macau.

China has been a multi-religion country since ancient times. Confucianism is an indigenous religion and is the soul of Chinese culture, which enjoyed popular support among people and even became the guiding ideology for feudal society, but it did not develop into a national belief. Many other religions have been brought into the country in different dynasties. While Buddhism has the widest influence, other major religions are Taoism, Confucianism, Islam and Christianity.

Visitors from almost all countries require a Tourist (L) visa to enter Mainland China. For visa purposes HK and Macau are considered as abroad, so if you intend visiting these places and returning to the mainland you will need to comply with entry requirements anew. You will need a valid passport (valid for at least the next 6 months) together with other supporting documents showing the detail of your trip.

The renminbi is the official currency of the PRC. The name literally means “people’s currency”. The Yuan (¥) is the basic unit of the renminbi, but is also used to refer to the Chinese currency generally. The distinction between the two is similar to that between sterling and pound. One yuan is subdivided into 10 jiao and a jiao in turn is subdivided into 10 fen. Exchange is relatively easy for tourists and ATMs are common in towns and cities.

The local tour company who we use are committed to improving their tourist services for the social, economic and environmental development of the local communities. We always try to use hotels and eco-lodges which actively support responsible travel.

China Weather - When to Travel

China is a huge country, about the same size as the USA or Europe, with a massive variety of weather conditions. The climate and conditions vary widely from region to region. From desert in Xinjiang (the Northwest), to Inner Mongolian grasslands, temperate and alpine forests and farmlands, to rice paddies and sub-tropical vegetation, to tropical rainforest, to sunny beaches. There is also a huge altitude effect, such as the vast high-altitude plateau of Tibet. Along with the seasons, latitude and altitude affect the temperature dramatically, with temperatures as low as -40°C (-40°F) in the north and as high as 40°C (104°F) in the south. The Chengdu Plain average high in August and September ranges between 26-30C and the average low 19-20C and, in contrast with the surrounding mountains, it can be misty or humid at any time of year. 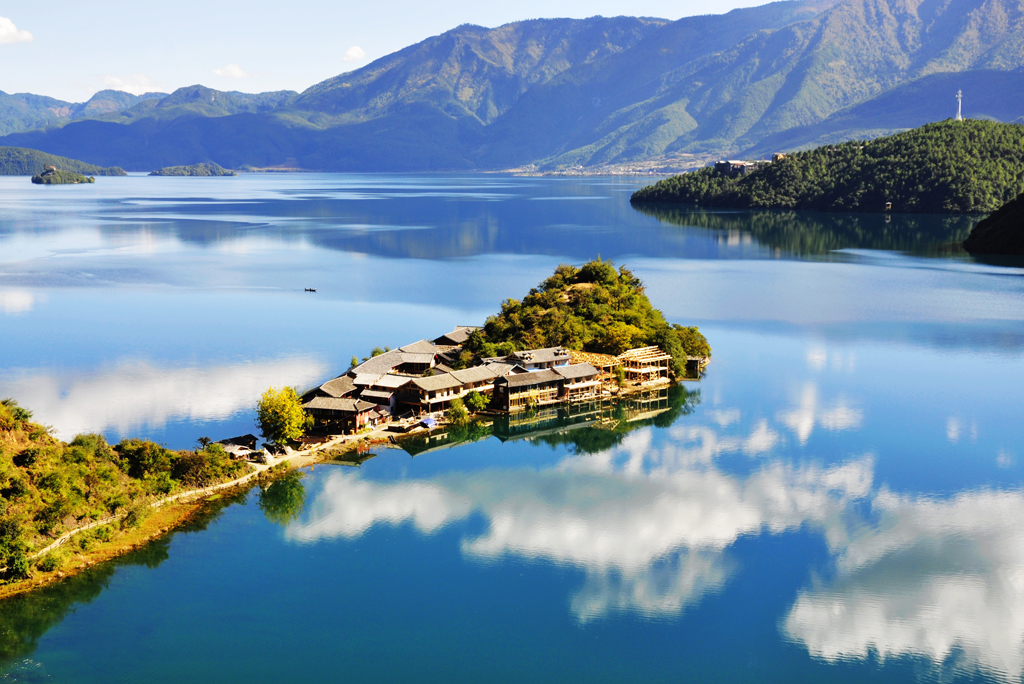 This trip experiences the treasures of this fascinating region. Hiking scenic beauty of mountain areas to local minority groups which still retain their traditional clothes, cuisine and culture – and their warm hospitality.