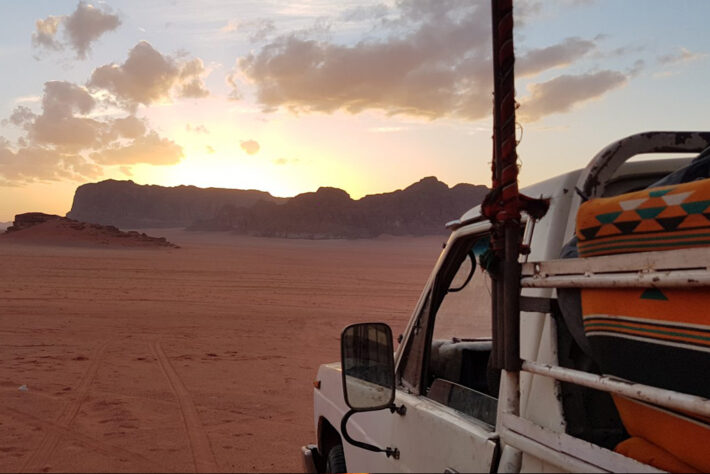 Explore Jordan’s beautiful and rugged countryside as you ascend up through the mountains, trek in the enormous canyons, bike through incredibly diverse landscapes and reach the Red Rose city of Petra.

Enjoy browsing our trips to Jordan, or click the button below to go to our extended site search.

Jordan is a relative newcomer to tourism and with only a fraction of the amount of tourists compared to neighbour countries, Israel and Egypt; it is a real off-the-beaten-track experience.

Jordan’s popular destination image encompasses little more than a camel and desert, when in fact this is a country of mountains, beaches, castles and ancient churches; of culture, traditions and customs; and of adventure, wildlife and architecture. This incredibly welcoming destination is a safe and comfortable place that is just waiting to be explored.

See Jordan in a way that few people do, from the trail! Trek through the Ajloun Nature Reserve, one of Jordan’s most beautiful hide aways, cycle from the City of Mosaics (Madaba) to the Dead Sea, and rest your feet as you float in a lake that is 420mbelow sea level. Continue the Jordan experience by spending a night under the stars in the Wadi Rum desert and see the fantastic underwater life as you snorkel in the red sea. This country has so much to offer so why not Do Something Extraordinary!

Jordan is a relatively small country situated in the Arabian province. It is defined by ancient monuments, nature reserves and seaside resorts. It is home to the famed archaeological site of Petra, the Nabatean capital dating to around 300 B.C. Set in a narrow valley with tombs, temples and monuments carved into the surrounding red-pink sandstone cliffs, Petra earns its nickname, the “Rose City”.

Jordan is bordered by Saudi Arabia to the south, Iraq to the north-east, Syria to the north, Israel and Palestine to the west. The Dead Sea lies along its western borders and the country has a small shoreline on the Red Sea in its extreme south-west, but is otherwise landlocked.

Jordan takes its name from the Jordan River that runs roughly north to south through Jordan and into the Dead Sea. The Dead Sea has the lowest point of dry land in the world at 420m below sea level, and it is 9.6 times saltier than the ocean. The Dead Sea is called the Dead Sea because of its high salinity, which prevents fish and aquatic plants from living here.

Jordan has a hot dry climate, characterized by long, hot dry summers and short cool winters. The coldest month is in January, where Jordan can often get snow, and the hottest month is in August where temperatures can reach 35C.

The human population of Jordan is estimated at 9.702 million with 4.008 million living in the capital of Amman.

Jordan is divided into 12 administrative muhāfazāt (governorates), which in turn are divided into districts and sub-districts, each of which is headed by an official appointed by the minister of the interior. Cities and towns each have mayors and partially elected councils.

The Jordanian government vigorously promotes tourism, and the number of tourists visiting Jordan has grown dramatically since the mid-1990s. Visitors come mainly from the West to see the old biblical cities of the Jordan Valley and such wonders as the ancient city of Petra, designated a World Heritage site in 1985.

Arabic is the official language of Jordan, but English is widely spoken

You don’t need a visa to enter Argentina as a tourist unless you’re travelling on an Emergency Travel Document. On presentation of a valid British passport you will normally be granted a 90-day stay in the country.

For up to date information, visit the Argentinian embassy of the UK website http://www.argentine-embassy-uk.org/

The Argentine unit of currency is the peso (AR$). Carrying cash and an ATM card is the way to go in Argentina.

Argentina is a modern country with good health and dental services. Sanitation and hygiene at restaurants is relatively high, and tap water is generally safe to drink throughout the country. If you want to make sure, ask ‘¿Se puede tomar el agua de la canilla?’ (Is the tap water drinkable?).

Public health care in Argentina is reasonably good and free, even if you’re a foreigner. Waits can be long, however, and quality inconsistent. Those who can afford it usually opt for the superior private-care system, and here most doctors and hospitals will expect payment in cash. Many medical personnel speak English.

Adequate travel insurance is mandatory for everyone who participates in a Pioneer expedition. We strongly recommend that you take out baggage loss and accident insurance. Please bring a copy of your insurance policy and contact numbers to give to your expedition leader in case of illness or accident.

Jordan Weather - When to Travel 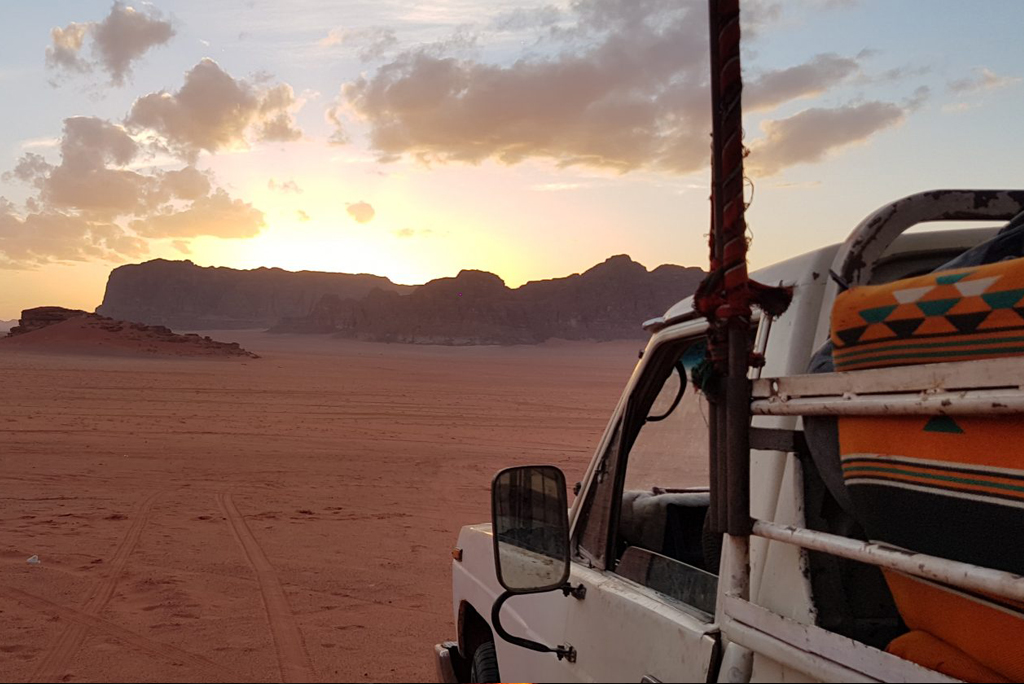 Explore Jordan’s beautiful and rugged countryside as you ascend up through the mountains, trek in the enormous canyons, bike through incredibly diverse landscapes and reach the Red Rose city of Petra.