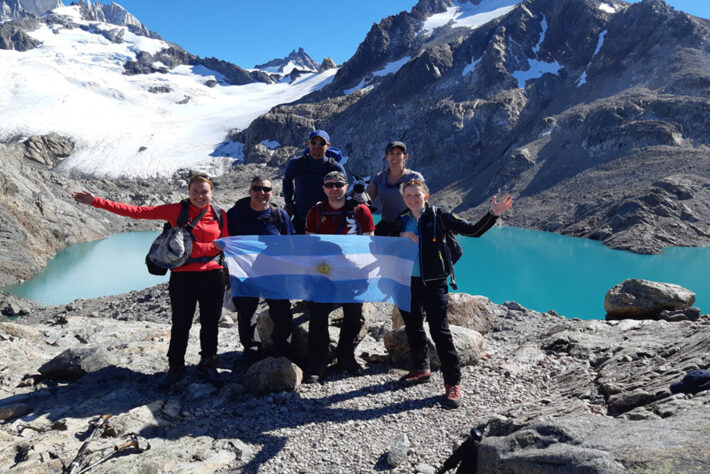 From El Calafate to Ushuaia, visit Fitz Roy, Cerro Torre, Perito Moreno Glacier, Torres del Paine National Park in Chile and across the Magellan Strait into Tierra del Fuego to visit “city of the end of the world”.

Enjoy browsing our trips to Argentina, or click the button below to go to our extended site search.

Holidays in Argentina offer a diverse and unforgettable experience, bordered by Bolivia, Paraguay, Brazil, Uruguay and not forgetting Chile as they share the southern point of South America. The vast South American Nation is not only home to Buenos Aires the large cosmopolitan capital but also boasts the highest peak of the Andes mountain range, Aconcagua. With our adventure/trekking holiday in Argentina focusing on Patagonia we can assure you that you will get the most memorable experience possible. A Patagonia trekking tour is an active way to admire the natural beauty of the famous Fitz Roy and Cerro Torre mountains, also the unique Perito Moreno Glacier. Taking in the isolated, barren, yet breath-taking spaces is all part of the experience which this Patagonia hiking holiday will offer you, all whilst trekking in and out of the icy mountains. As well as this a visit to the most southern point of the Americas, Tierra del Fuego, is included to finish of this Patagonia travel experience. A Patagonia tour is not one to forget.

Currently we offer one holiday in Argentina which is the Patagonia Adventure trip, this itinerary includes all of the activities above with a few free days to explore as you wish and a few more adventures to discover, for a perfect active holiday. However we can also put together a tailor-made itinerary so that you get to experience your ideal holiday in this remarkable place. The best time to visit Patagonia/Argentina is during their summer months which are from December to February as this is the best time for trekking and the most reliable time of year to visit Tierra del Fuego.

Wherever possible we try to base our approach on responsible travel, therefore to sustain the environment its important that everyone sticks to the strict standards set, for example behaviour if endangered species are encountered such as the Torrent Duck. We also have an agreement with the National Parks to forbid any fires and ensure that only organic produce is left at our camp sites and that ALL other waste is disposed of properly. Regarding the community we only use local guides and support their training and development.

Comprising almost the entire southern half of South America, Argentina is the world’s eighth largest country, covering an area of 2.8 million square km. Argentina possesses some of the world’s tallest mountains, expansive deserts, and impressive waterfalls, with the diversity of the land ranging from wild, remote areas in southern Patagonia to the bustling metropolis of Buenos Aires in the north.

Argentina is located in the southern extreme of South America. With a continental  extension of 2.791.810 Km2.(including Malvinas Islands, other South Atlantic Islands and part of Antarctica). Argentina is the second largest country in South America and the eighth in the world.

Including the Antarctic Sector, Argentina claims a total area of 3.761.274 Km2
It  is some 1425 Km across at its widest  from east to west and  stretches 3.800 Km from the north to the south.
It is bounded by Bolivia and Paraguay on the north,  Brasil, Uruguay and the Atlantic Ocean on the east, and by the Atlantic Ocean and Chile on the west and south.

Argentina is a democratic republic consisting of 23 provinces, the autonomous Federal Capital (whose limits coincide with those of the city of  Buenos Aires), the Antarctic sector claimed to be Argentine, the Malvinas Islands, and several South Atlantic Islands.

The economy of Argentina is an upper middle-income economy, and Latin America’s third largest. The country benefits from rich natural resources, a highly literate population, an export-oriented agricultural sector and a diversified industrial base. An upper-middle income economy, Argentina maintains a relatively high quality of life and GDP per capita. Argentina is considered an emerging market by the FTSE Global Equity Index, and is one of the G-20 major economies.

Argentina’s economic performance has historically been very uneven, in which high economic growth alternated with severe recessions, particularly during the late twentieth century, and income maldistribution and poverty increased. Early in the twentieth century it was one of the richest countries in the world and the third largest in the Southern Hemisphere.

Spanish is the official language and is spoken by the great majority of Argentinians.
English, French and Italian are, in lesser or greater degree, widespread languages within the country

Argentina has exceptional natural beauties, for it comprises a diverse territory of mountains, plateaux and plains with all the climatic variations
There are several climatic and landscape regions. We will focus on Patagonia seeing as that is where we travel to. Patagonia is the largest region with the coldest climate (especially in the southern part). The west consists mainly of a montaneous landscape peppered with spectacular woods, lakes and glaciers. The centre offers sterile plateaux and the east  vast beaches with spectacular and unique colonies of marine animals for sightseeing. The southern extreme of this region makes up the southermost point of the world.

You don’t need a visa to enter Argentina as a tourist unless you’re travelling on an Emergency Travel Document. On presentation of a valid British passport you will normally be granted a 90-day stay in the country.

For up to date information, visit the Argentinian embassy of the UK website http://www.argentine-embassy-uk.org/

The Argentine unit of currency is the peso (AR$). Carrying cash and an ATM card is the way to go in Argentina.

Argentina is a modern country with good health and dental services. Sanitation and hygiene at restaurants is relatively high, and tap water is generally safe to drink throughout the country. If you want to make sure, ask ‘¿Se puede tomar el agua de la canilla?’ (Is the tap water drinkable?).

Public health care in Argentina is reasonably good and free, even if you’re a foreigner. Waits can be long, however, and quality inconsistent. Those who can afford it usually opt for the superior private-care system, and here most doctors and hospitals will expect payment in cash. Many medical personnel speak English.

Adequate travel insurance is mandatory for everyone who participates in a Pioneer expedition. We strongly recommend that you take out baggage loss and accident insurance. Please bring a copy of your insurance policy and contact numbers to give to your expedition leader in case of illness or accident.

Argentina - When to Travel

Low Season (Jun–Aug)  Good time to visit the North. Many services close at beach resorts, and mountain passes can be blocked by snow. July is a winter vacation month, so things can get busy at some popular destinations.

Shoulder (Sep–Nov & Mar–May) Temperature-wise the best times to visit Buenos Aires. The Lake District is pleasant; leaves are spectacular in March. The Mendoza region has its grape harvests and wine festival.

High Season (Nov–Feb & Jul) Patagonia is best (and most expensive) December to February. Crowds throng to the beaches from late December through January. For ski resorts, busiest times are June to August.

Holidays in Argentina offer a diverse and unforgettable experience. 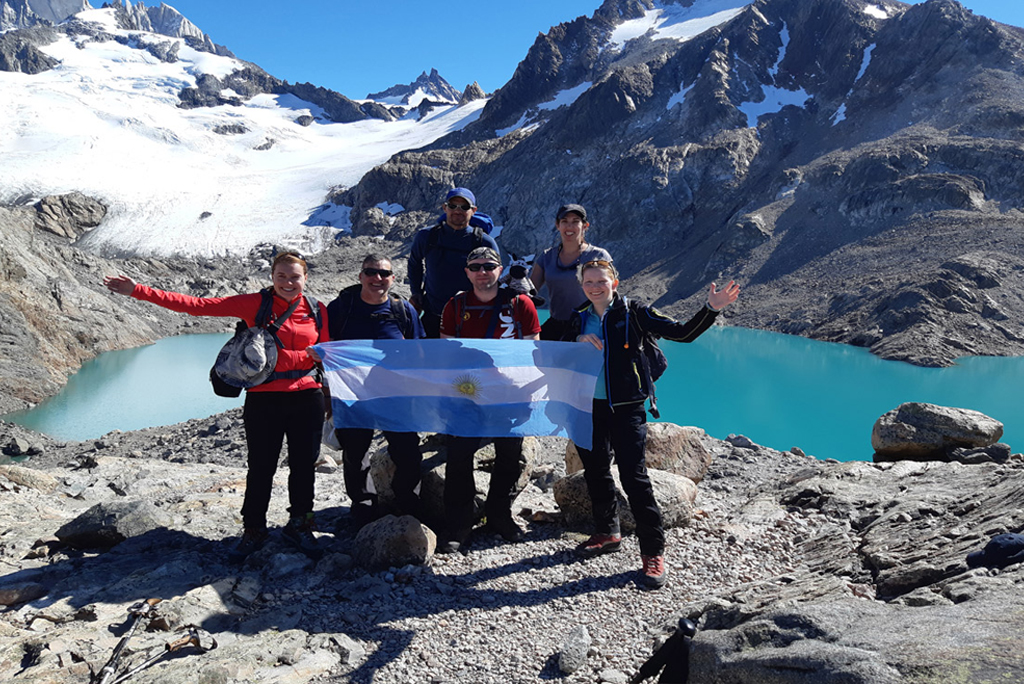 From El Calafate to Ushuaia, visit Fitz Roy, Cerro Torre, Perito Moreno Glacier, Torres del Paine National Park in Chile and across the Magellan Strait into Tierra del Fuego to visit “city of the end of the world”.